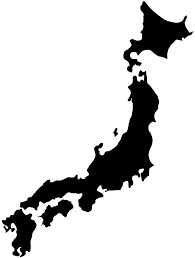 Japan is renowned for its production of sake (Japanese rice wine), beer and whisky. However, Japan produces wine too, most notably, from the Koshu grape, a white grape indigenous to Japan.

Despite Japan's relatively short history of making whisky, Japanese whisky is fast becoming some of the most popular in the world. Japanese whisky was largely only sold and consumed domestically. The exposure from winning top world whisky awards and other accolades has drastically changed this. Made in the Scottish style, Japanese whiskies are typically more delicate and perfumed, with floral notes and honeyed sweetness. Japan makes single malt and blended whiskies.

Sake is arguably Japan's most unique export. Sake is Japanese rice wine, although referred to as "nihonshu" within Japan, and is made from fermenting rice which has been polished to remove the bran. Sake is primarily classified in relation to the level of polishing of the rice grains used, with the lower the percentage indicating a finer grain, and typically is considered of a higher quality. This classification ranges from the highest, 'daiginjo', to 'gingo', to 'honjozo'. Another important classification is 'junmai' which indictes that no extra distilled spirit has been added, and would suggest that the sake has a more rich, savoury flavour. Sake without the 'junmai' classification have had a distilled alcohol added and have a cleaner, more floral taste.