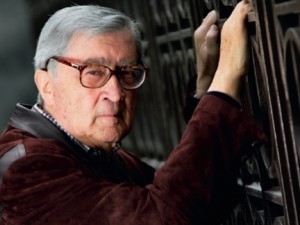 The late Bruno Giacosa is one of the legendary names in Piedmont, thanks to his career of many decades making incredible wines. Preferring the wine to speak for itself, he was remembered as a modest individual and perfectionist who would only produce wine in the best years.

"few can rival Bruno Giacosa for not only the stature of his work, but the dizzying number of famous wines he has made... over the course of a career that began in 1961.

And while other men have made great wines in either Barolo or Barbaresco, only Giacosa has, for nearly a half century, produced a steady stream of heroic wines from both zones. In fact, so remarkable have been his accomplishments that his legend transcends not only Piemonte, but Italy. He is, in short, one of the profoundly great winemakers of our time." - Rare Wine Co.

"The story starts in a simple way, with the native varietals of the Langa and Roero regions and vineyards cultivated with loving care. It continues with pure, meticulous vinification, with ageing in grand oak barrels and with unforgettable Reserves. But it also includes, naturally enough, the choice not to bottle those mediocre vintages deemed unworthy of vinification.

Bruno’s art encompasses passion and clear judgement but, above all, the utmost respect for his product, its admirers and for the beautiful countryside where he and his family were born and raised." - Bruno Giacosa