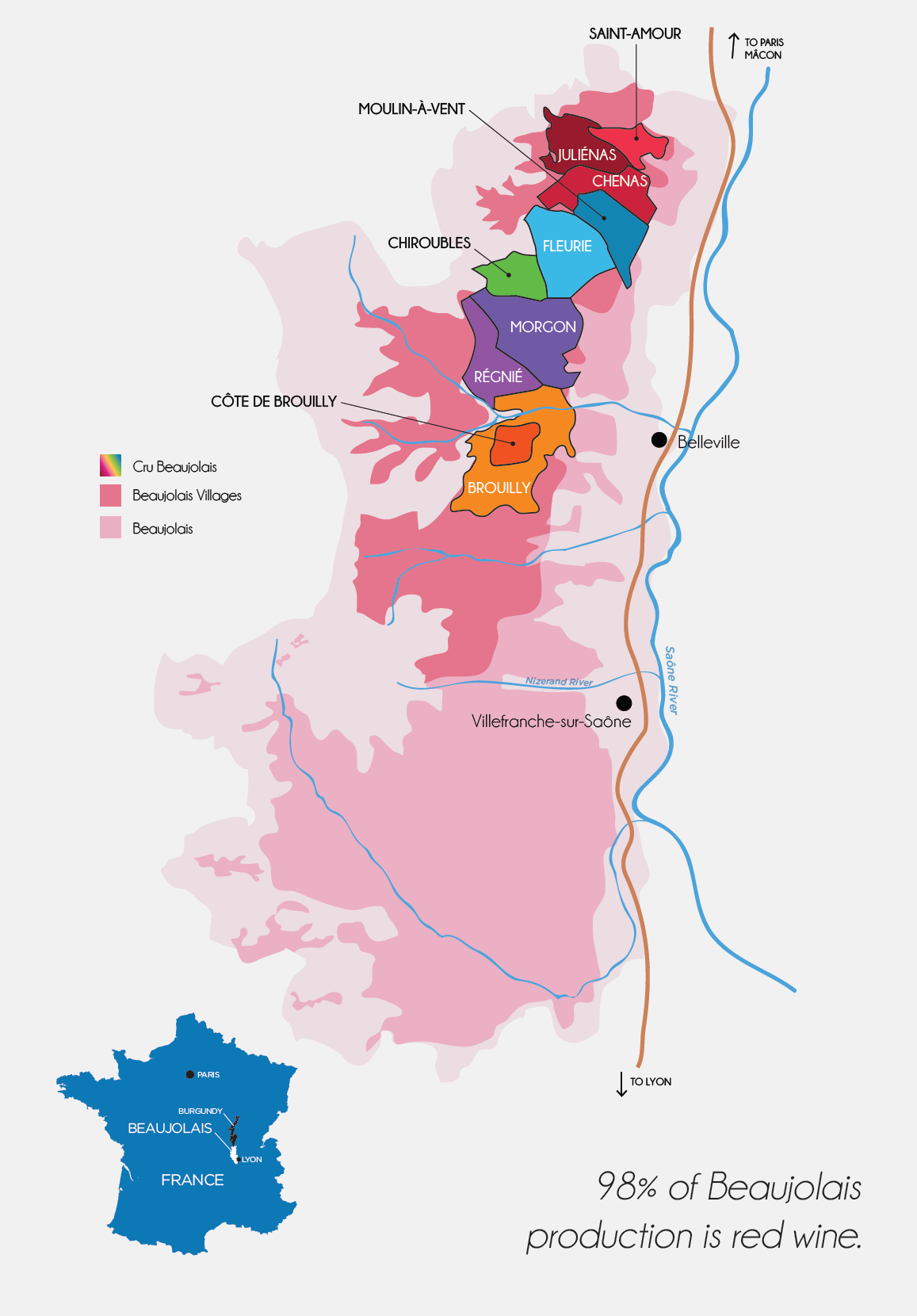 "Located north of Lyon in eastern France, Beaujolais overlaps Burgundy in the north and Rhône in the south. The picturesque Beaujolais vineyards run along the Saône River, where winemakers have crafted deliciously supple and fruity wines since the days of Ancient Rome.

The region has ideal growing conditions. It receives lots of sunshine and has granite-based soils that lend excellent structure to the wines. The Gamay grape is used to make all Beaujolais wines with the exception of white Beaujolais, or Beaujolais blanc, which is made of Chardonnay grapes.