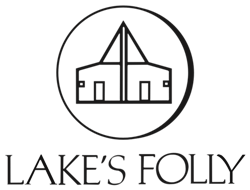 "First the hobby, then the passion of a distinguished surgeon from Sydney, Max Lake. He started the first new Hunter winery in 40 years, ignoring tradition to prove that Cabernet can be the same splendid thing under Hunter skies as elsewhere. Then he did the same with Chardonnay, making vibrantly lively wines. Both can be among Australia's best." - Hugh Johnson's Wine Companion (4th edition).

"Lakes Folly is now the third most collected wine in the country alongside Grange Hermitage and enjoys a very loyal following with much of the wine pre-sold even before release. Making around 1,000 cases of Chardonnay and around 3,500 cases of a Cabernet blend per annum the demand for Lakes Folly is so great that the cellar door itself usually only opens for around 6–7 months of the year. When the cases are gone Rodney says, “we just hang a little sign out that says ‘Come back next year’”." - HUNTERhunter

"Lake's Folly was the first new vineyard in the Hunter Valley last century. In early 2000, Lake's Folly was purchased by Peter and Lee Fogarty and family who, along with Hunter-born and bred winemaker, Rodney Kempe, have continued to maintain the integrity and direction of this significant vineyard. Our two flagship wines, a Cabernet blend and a Chardonnay, are made in limited quantities and are grown, vintaged, and made on the Estate. The wine styles are restrained and elegant, showing finesse and complexity. They have clarity of structure and great length of flavour." - Lake's Folly