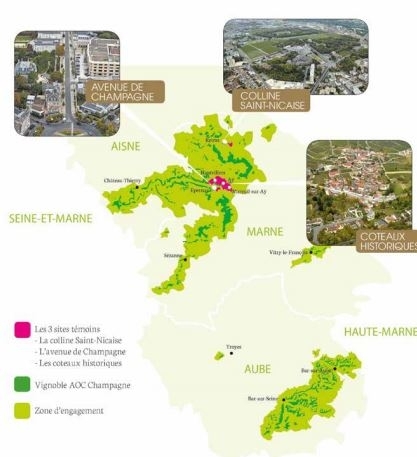 “Pleasure without Champagne is purely artificial.” – Oscar Wilde, "Champagne! In victory one deserves it, in defeat one needs it.” – Napoleon Bonaparte

Champagne, synonymous with luxury, royalty and celebration, is the world's premier region and appellation for sparkling wine. Despite the colloquial use of the term to mean any sparkling wine, 'Champagne' is a protected term referring only to a wine which is made in the Champagne region, using the méthode champenoise, and with grapes grown in the region, the three most important of which are Pinot Noir, Chardonnay and Pinot Meunier.

Champagne has been a wine producing region dating back to the Middle Ages, yet the bubbles which Champagne is so famous for today only appeared in the wines over the last few centuries. Prior to this time, Champagne was a still wine. Dom Perignon, the Benedictine monk from the Abbey of Hautvillers, famously quoted as saying "come quickly, I am tasting the stars", is often credited with the 'discovery' of champagne's bubbles. Unfortunately, the story is a myth. Not that the French would be willing to readily admit it, but Champagne actually has the British, one of their biggest markets, to thank for the bubbles. A few 'happy' accidents, including extra heat from the wine's sea journey from France to England, and the British adding sugar into the wines from the stores of their Carribean colonies, led to the secondary fermentation in bottle, and the wine's first bubbles in the 17th century. Champagne then fully embraced the sparkling rendition of its wine in the 19th century.

The viticultural boundaries of Champagne are legally defined and split into five wine producing districts within the administrative province - the Aube, Côte des Blancs, Côte de Sézanne, Montagne de Reims, and Vallée de la Marne. The towns of Reims and Épernay are the commercial centers of the area.