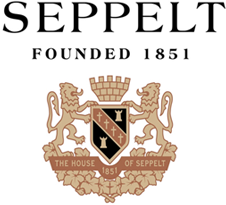 "Seppelt has been at the forefront of Australian winemaking for over 160 years. From its humble beginnings in 1851, when Joseph Seppelt established Seppeltsfield in the Barossa, to today: renowned for producing elegant shiraz, table and sparkling wines from an exceptional collection of Victorian vineyards.

Through a tradition of expert winemaking and a passion for innovation, Seppelt has paved the way in progressive cool climate style wines; producing Australia’s first sparkling wine, as well as pioneering the iconic sparkling shiraz." - Seppelt

"Seppelt once had dual, very different, claims to fame. The first was as Australia's foremost producer of both white and red sparkling wine, the former led by Salinger, the latter by Show Sparkling and Original Sparkling Shiraz. The second claim, even more relevant to the Seppelt of today, was based on the small-volume superb red wines made by Colin Preece from the 1930s through to the early '60s... Preece would have been a child in a lolly shop if he'd had today's viticultural resources to draw on, and would be quick to recognise the commitment of the winemakers and viticulturists to the supreme quality of today's portfolio." - James Halliday