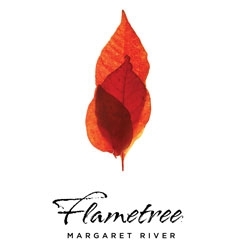 "By winning Australia's most well-known and respected wine accolade, the Jimmy Watson Memorial Trophy, with their first ever red wine, Flametree Wines has firmly established themselves in the upper echelon of Margaret River wine producers." - Flametree

"Flametree Wines was catapulted into winemaking folklore after winning Australia’s most prestige’s wine award the Jimmy Watson Trophy with its first ever red wine, the 2007 Cabernet Merlot. Winemaker Cliff Royle and his winemaking team are dedicated to producing the very best premium wines from the Margaret River region.." - James Halliday

"Flametree’s chief winemaker, Cliff Royle has an intimate knowledge of Margaret River, having worked in the region for more than two decades. Prior to joining Flametree in 2009, Cliff was Chief Winemaker at neighbouring winery Voyager Estate. It was here, in 2003, he was awarded Winemaker of the Year by Winestate Magazine." - Winery Lane

"Cliff is regarded by critics as one of the most gifted winemakers of his generation." - Andrew Caillard MW