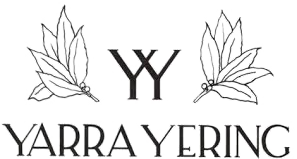 "Yarra Yering is one of the oldest and most beautiful vineyards in Victoria’s Yarra Valley with 28 hectares of vines located at the foot of the Warramate Hills. Established in 1969 by Dr Bailey Carrodus, the 1973 vintage saw production of the first vintage of Dry Red Wine No. 1 and Dry Red Wine No. 2. Yarra Yering quickly gained an international reputation for quality and individuality and paved the way for other Yarra Valley wineries." - Yarra Yering

"In September 2008, founder Bailey Carrodus died... It was Bailey Carrodus's clear wish and expectation that any purchaser would continue to manage the vineyard and winery, and hence the wine style, in much the same way as he had done for the previous 40 years...The low-yielding, unirrigated vineyards have always produced wines of extraordinary depth and intensity. Dry Red No. 1 is a cabernet blend; Dry Red No. 2 is a shiraz blend; Dry Red No. 3 is a blend of touriga nacional, tinta cao, tinta roriz, tinta amarela, alvarelhao and souzao; Pinot Noir and Chardonnay are not hidden behind delphic numbers; Underhill Shiraz (planted in 1973) is from an adjacent vineyard purchased by Yarra Yering over a decade ago. Sarah Crowe, who had carved out a remarkable reputation as a winemaker in the Hunter Valley in a relatively short time, was appointed winemaker in the wake of Paul Bridgeman's departure to Levantine Hill after the '13 vintage. She has made red wines of the highest imaginable quality from her first vintage, and to the delight of many, myself included, has offered all the wines with screwcaps. For good measure, she introduced the '14 Light Dry Red Pinot Shiraz as a foretaste of that vintage, and an affirmation of the exceptional talent recognised by her being named Winemaker of the Year in the Wine Companion 2017" - James Halliday