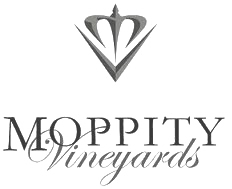 "Jason Brown and wife Alecia, with backgrounds in fine wine retail and accounting, purchased Moppity Vineyards in 2004 when it was already 31 years old. Initially they were content to sell the grapes to other makers, but that changed with the release of the '06 Shiraz, which won top gold in its class at the London International Wine and Spirit Competition. In Nov '09 the '08 Eden Road Long Road Hilltops Shiraz, made from Moppity Vineyards grapes, won the Jimmy Watson Trophy. These awards are among a cascade of golds for its Shirazs, Riesling, Tumbarumba Chardonnay and Cabernet Sauvignon. Production (and sales) have soared, and all the grapes from the estate are now used for the Moppity Vineyards brand. The Lock and Key range provides exceptional value for money. Moppity has also established Coppabella, a separate venture, in Tumbarumba...These could stand up to the best in the world at prices three to five times higher." - James Halliday