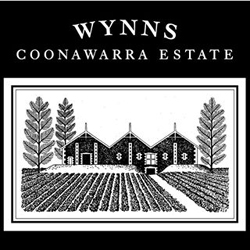 "Today Wynns Coonawarra Estate is the region's pre-eminent wine producer and largest single vineyard holder with the best and longest established vineyard sites in Coonawarra. Its wines are regarded as benchmarks for the district; lauded for both their consistent quality and depth of flavour." - Treasury Wine Estates

"What is now Wynns Coonawarra Estate was founded by Scottish pioneer, John Riddoch. He recognised the potential of a small strip of fertile red soil, the terra rossa, in the far south east of South Australia, which is now some of the most expensive viticultural land in Australia. He planted vineyards in 1891, and completed the estate's famous three-gable winery in 1896." - Wynns

"Large-scale production has not prevented Wynns (an important part of TWE) from producing excellent wines covering the full price spectrum, from the bargain-basement Riesling and Shiraz through to the deluxe John Riddoch Cabernet Sauvignon and Michael Shiraz. Even with steady price increases, Wynns offers extraordinary value for money. Investments in rejuvenating and replanting key blocks, under the direction of Allen Jenkins, and skilled winemaking by Sue Hodder, have resulted in wines of far greater finesse and elegance than many of their predecessors." - James Halliday